Harper and the Air Bus cover up 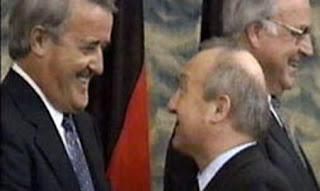 We all know that the Airbus scandal involved Brian Mulroney not Harper. Yet in November, 2007, Stephen Harper had called a public inquiry and appointed future Governor General David Lloyd Johnston as a special adviser, to study the matter and prepare terms of reference for the inquiry. Johnston had once reported directly to Mulroney during his term as prime minister. Like that's not a conflict of interest.

So Johnston reported to Harper on January 11, 2008 that he had found 16 significant questions which required further examination. Harper accepted the report, and stated that a limited public inquiry process would begin once the House of Commons Ethics Committee finished its work. Mulroney wines and complains then finally says he refuses to appear before the committee again.

In 1997, Mulroney settled a libel lawsuit he had brought against the Government of Canada two years previously. Mulroney received an apology and a $2.1 million reimbursement for legal and public relations costs. At issue were allegations that Mulroney had accepted bribes in the "Airbus affair" concerning government contracts. The government said the charges could not be substantiated.

But a key fact was unknown in 1997, and had not been entered under sworn testimony in which Mulroney had denied business dealings or significant meetings with a business associate. Mulroney later confirmed that he had personally accepted cash payments from his business associate Karlheinz Schreiber, a German-Canadian businessman who had been a paid broker for Airbus and other companies. The cash changed hands in three secret meetings in hotels in Montreal and New York City, in brown paper bags of $1000 bills.

Schreiber had at his disposal $20 million from Airbus for the payment of secret commissions. CBC Television reported on February 8, 2006 that the money Schreiber paid to Mulroney originated in a Swiss bank account code-named "Frankfurt". Schreiber used the same account to pay the secret Airbus commissions. Schreiber transferred $500,000 from "Frankfurt" to an account in Zürich code-named "Britan" on July 26, 1993 and used these funds to make the three cash payments to Mulroney in 1993 and 1994.

Sounds like a bad spy novel. Lobbying, bribes, Swiss Bank accounts with code names, all tied to Aribus. They key thing is, for many years, Mulroney had not acknowledged receiving money from Schreiber. The payments were not disclosed in Mulroney's 1995 lawsuit against the Government of Canada. Mulroney had falsely testified under oath that he "never had any dealings" with Schreiber, knew him only "peripherally" and they had a cup of coffee "once or twice." In his 2004 book A Secret Trial, former law professor William Kaplan describes Mulroney's testimony as evasive, incomplete and misleading.

I'd say he lied. He testified in court he had no dealings with Schreiber, then later admits he received $225,000.00 from Schreiber. So since he obviously committed perjury in his initial court case with the Canadian government, does that mean taxpayers will get the $2.1 million settlement back?

The Harper Government claims they didn't read the briefing material prepared by the Justice Department on the Airbus affair and cash payments to Brian Mulroney. OK so they admit it was written down and documented. They just claim they hadn't read it. Like we believe that.

Did he read that his Candidate for Ontario North, Raymond Sturgeon, lobbied for the company selling his coveted fighter jets? One YouTuber suggested they make a movie about the secret affair and call it Kickback Mountain. 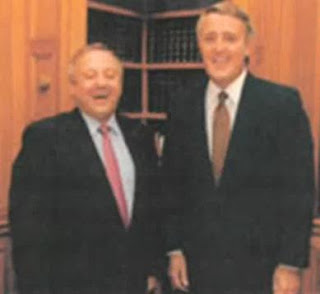